I am standing at the bottom of the stairs to my flat, my lodger is standing at the top, as I go to close the door she asks me if I will miss her when I’m away. My main thoughts about her are more on the lines of wanting to reiterate that she better not have any parties during my absence, but to say something on those lines would probably be an incitement for her to burn my house down so I pause for a second and say “You know when you travel you often miss home at some point, when that comes I’ll miss you. “She nods her head in agreement but I am in that paranoid mode that one goes in to when dealing with lodgers and I imagine she is wondering where I keep the matches.Earlier on I had said goodbye to my sons who had said they would miss me and that they were worried for me. They are only 9 but even so the reputation Israel has for being a dangerous place to go to has reached them already. If anything did happen to me then I can see how they might feel some anger towards me for putting myself in such a vulnerable position. The question though is whether going to Israel is such a risk in reality..The plan is to stay in Tel Aviv for a couple of nights then to go south to the desert area, and then head back up to Tel Aviv stopping en route at a kibbutz. The desert region is less of a target area than the main cities. That is unless you wonder in to the wrong oasis.The journey I’m sitting at our departure gate in Heathrow airport, Boris, my father and travelling companion for part of this trip, has gone on an epic journey to find a loo. Our bags are strewn across a row of chairs and people who might need to use the seats are trickling in to the area. I decide to make an altruistic gesture and move our bags on to just one chair. As I pick up what I think is Boris’ small grey case a man says “You don’t want to do that”, so I ask “Why not?” “because it’s mine” he says. I explain that I thought it was my dad’s and he doesn’t seem to believe me. By this point a lot of eyes have cast their gaze in our direction. I finish the clearing up and try to look nonchalant, although of course inside I’m fantasising about pinning the man to the ground and in a kind of Robert DeNiro -“Taxi Driver”- way quietly saying “Are you calling me a liar and a thief?”When Boris gets back I tell him about what has happened and add that maybe when the guy saw I didn’t have hands that he might have presumed I was a convicted thief, or at least disabled as a result of karma, due to a lifetime of thieving. “In other words you’re a natural” Boris added. We both burst into hysterical laughter.

.
The apple doesn’t fall far from the tree – what a worrying thought! The security on the national Israeli airline, El Al, is one of the most stringent around, unfortunately the plane we were on was long in the tooth, and had we had a choice we’d have gone by British Airways (BA). Mainly because you get individual TVs, but BA were charging way too much. As the saying goes “you get what you pay for”. The main problem was the in flight entertainment which was shown on a single screen. This meant that just when the film was getting good someone would invariably block our view by standing up, stretching their limbs, leaning on a chair or start to organise their baggage. I, think I’m definitely in need of some anger management because when this happens I get overwhelmed with Tarantino like fantasies that normally end up with me and a few other passengers hoisting the offending character’s body in to the over head luggage compartment, and without a single twinge of guilt.At one point in the journey I said to the woman sitting next to me, who works as a psychotherapist, that the person blocking our view was being extremely inconsiderate. She said she thought I was being a bit harsh. You probably can’t imagine the pleasure I felt when a bit later on, when the film was reaching its climax, the same woman was standing on her seat, and curtly asking anybody who stood in her way to move out of it. This soon developed in to a bit of a blood sport so that together, she and I, and the people in the row in front of us started telling people off in unison . This activity has to be recommended as a form of therapy for long journeys. I almost felt like doing the seven years training involved in becoming a psychoanalyst.

As we walked out of customs at the airport there was a choice to either turn right directly to the taxi stand, or left through the main exit which meant going past hundreds of onlooker. Having hundreds of people looking at me when I’m doing something impressive is ok, but pushing a trolley doesn’t rate too highly so after taking a couple of steps in to the mouth of the waiting crowd I whimpered enough and we turned back heading for the Taxis.As we walked along the corridor a man standing in a doorway became more familiar with every step, until we realised it was one of Boris’ nephews. He had made a special trip to meet us at the airport and had we not poked our heads out near the waiting crowd we would have slipped past him. So that was lucky, especially as it saved us the cost of a taxi to the hotel – ok ok it was good to be greeted, just as it was to be given a proper goodbye -. When we got to the hotel a further cortege of relatives turned up to say hello. 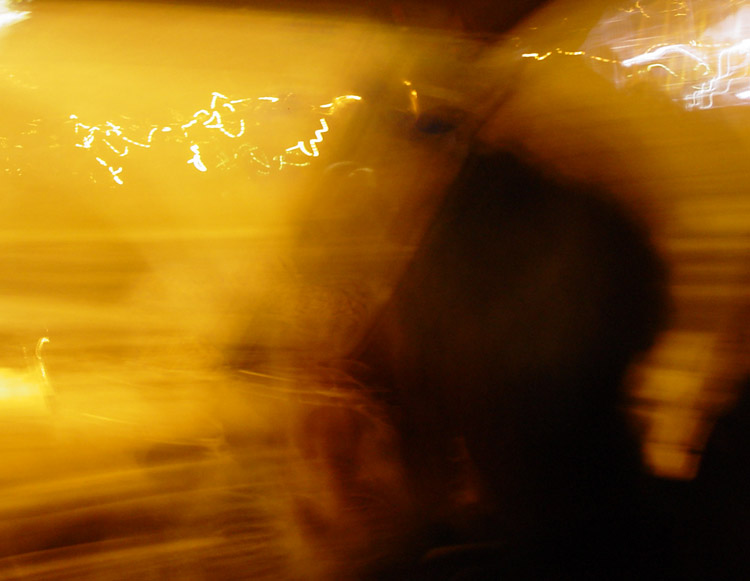 This is a trip where I aim to give a different view of Israel than is generally found in the media, but also it’s about deepening and discovering further the family that I found about 7 years ago. I hope you’ll find it interesting. 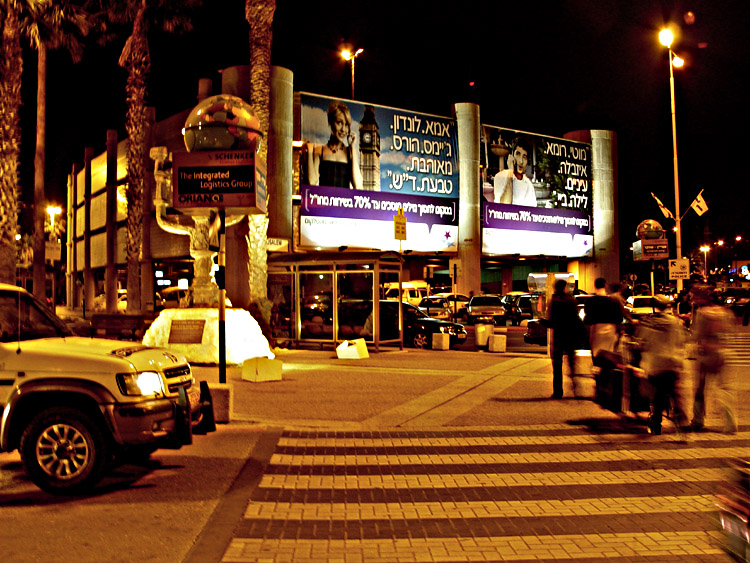 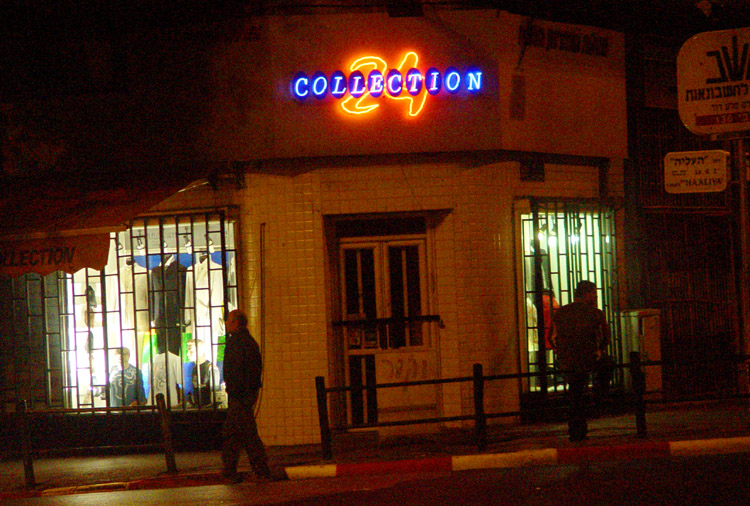 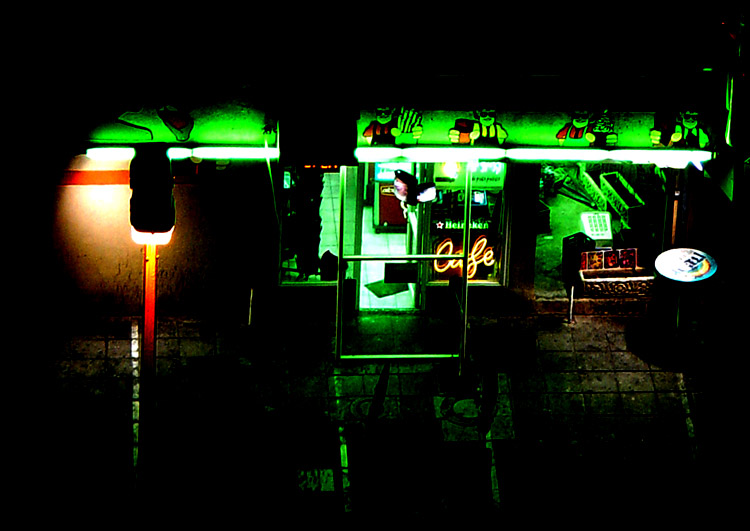 How inviting can a cafe get? 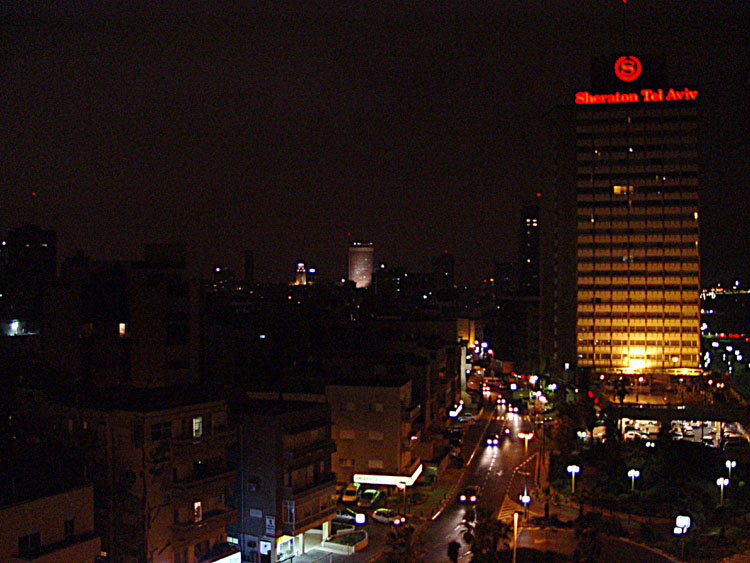 View from our balcony End