Yet again I was too incompetent to finish this diary off properly at the time and although I’m sure I did once write a “Day 5” and publish it, I can not find it now! So here’s a skimpy one to make up for its loss. In short, the next day we drove back down to London via the Scottish Borders, 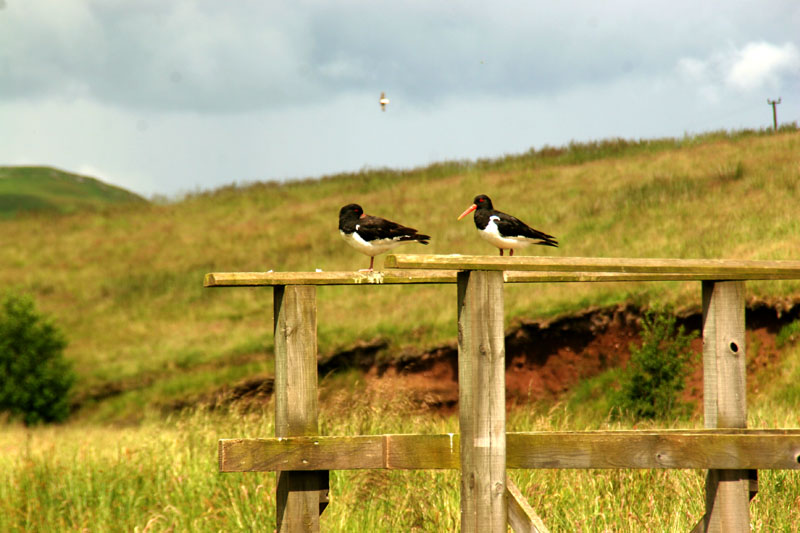 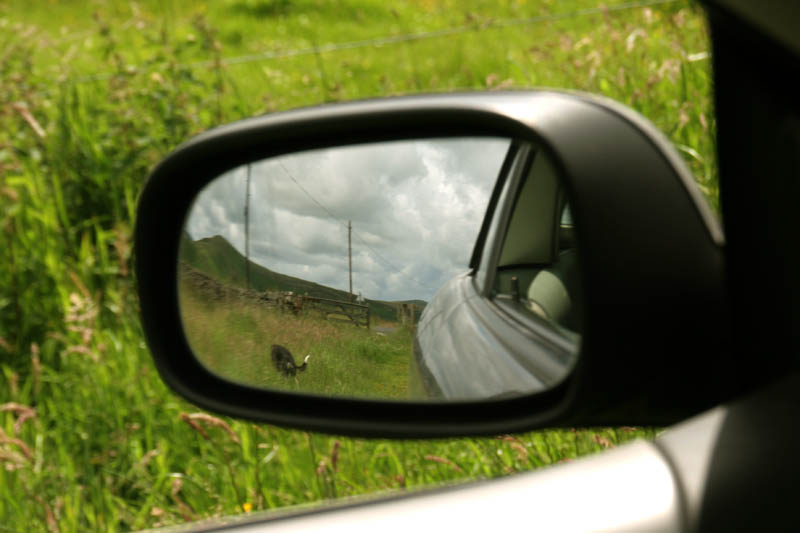 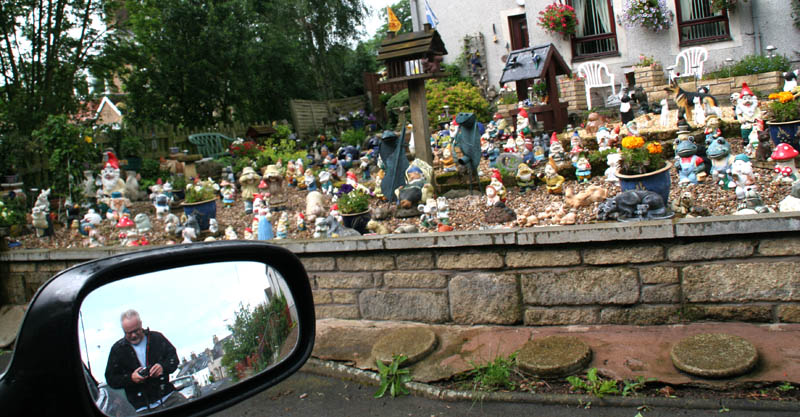 Larry likes the styling of some of the gnomes’ beards 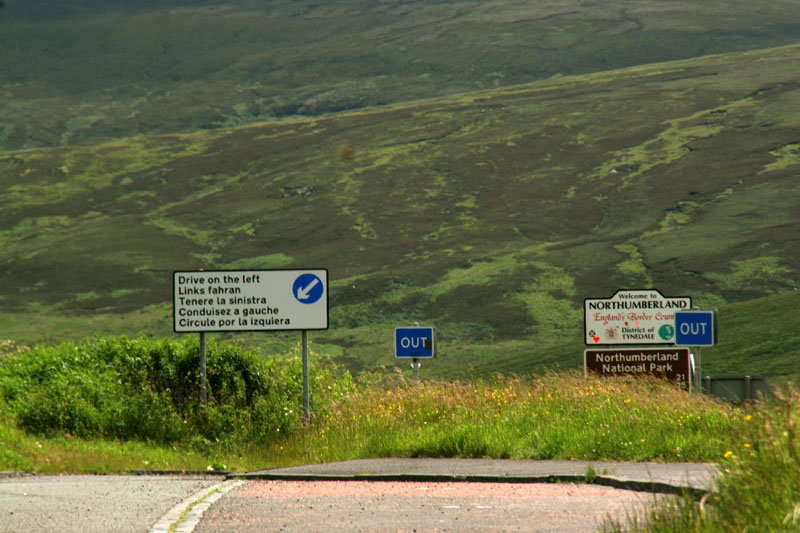 If any foreigners have got this far it’s safe to assume they already know which side of the road we drive on. 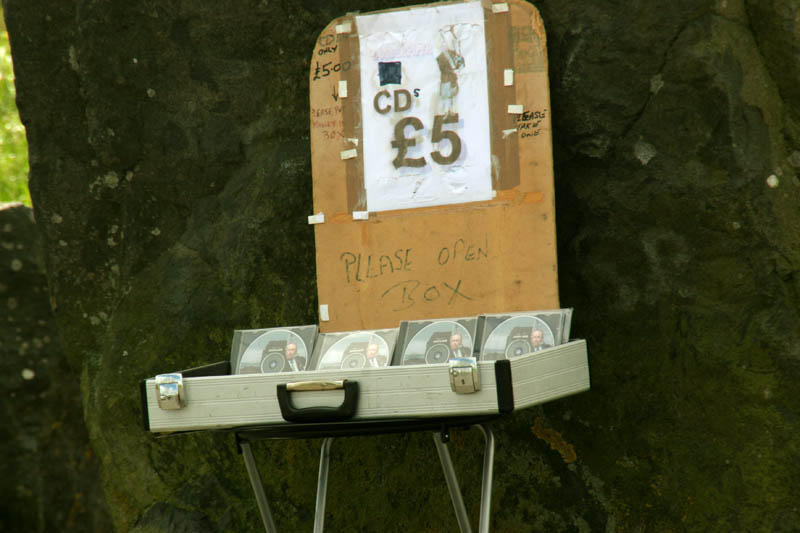 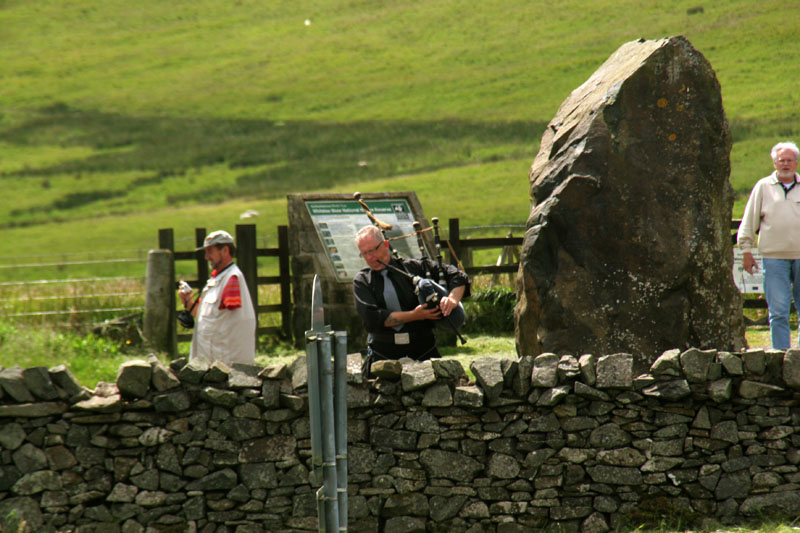 As I looked across at him on the other side of the road a coach load of people gathered around him – obviously competing with each other as to whom could last the longest – and I noticed a man with an arm missing walking around with a camera…. could it be… we are drawn to the pie-eyed piper? I was obviously in need a holiday! 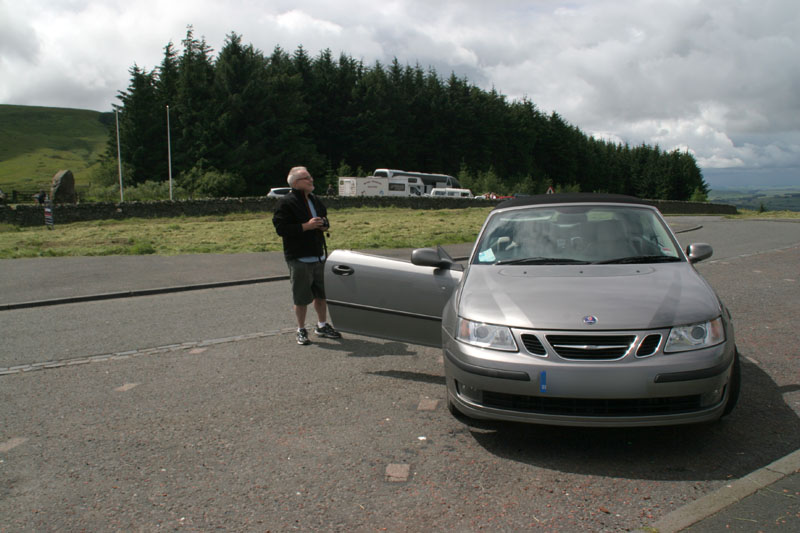 After a while we rode on… Larry, me and my sturdy steed the Saab 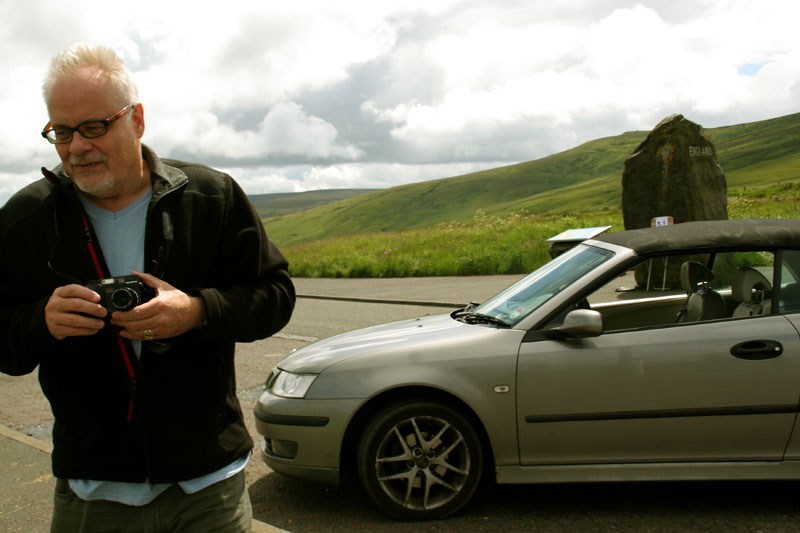 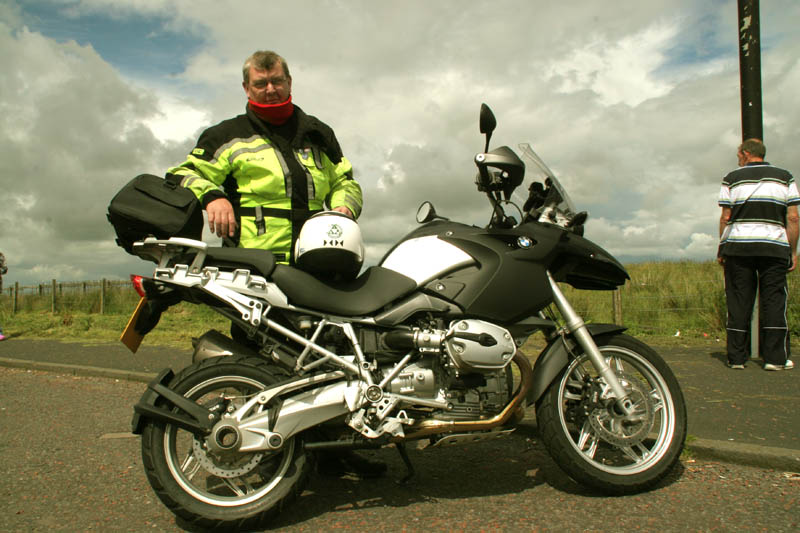 This man said he tested motorbikes for magazines and that he’d heard of my website, so that gets a photo of him included even though I doubt it’s my website he’s really heard of, he’s probably getting it confused with google or something. Even so I was very grateful. 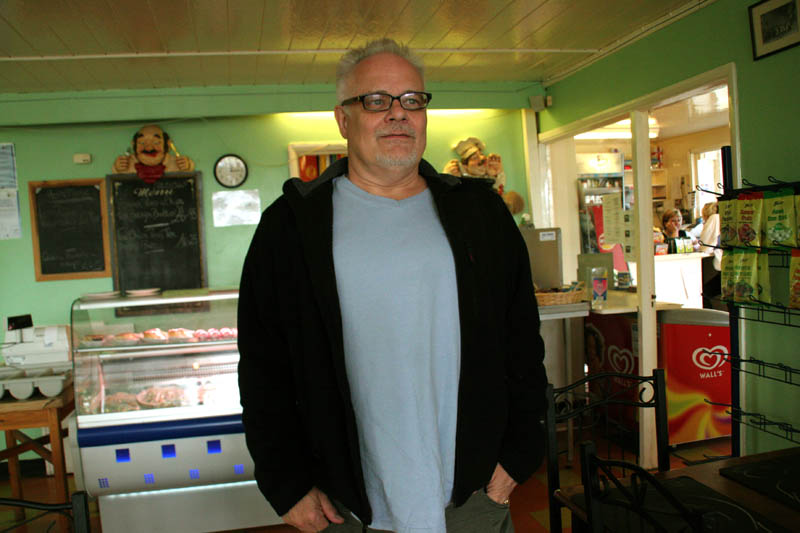 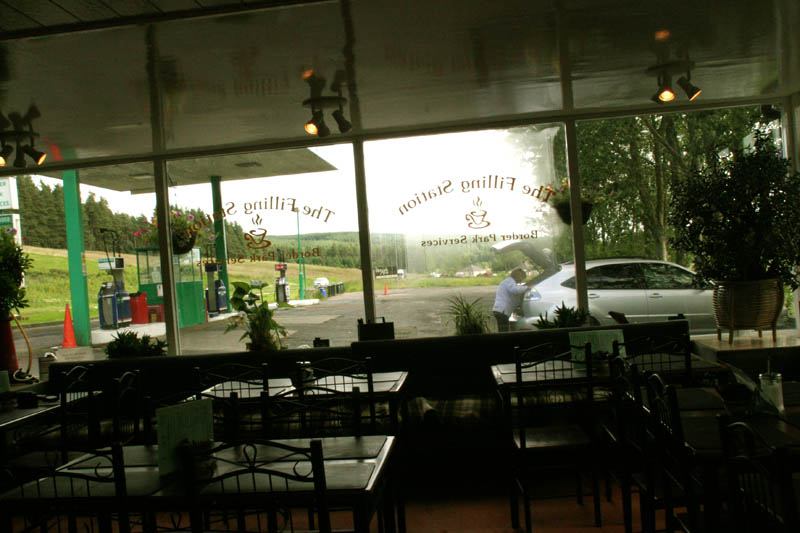 Of the filling station 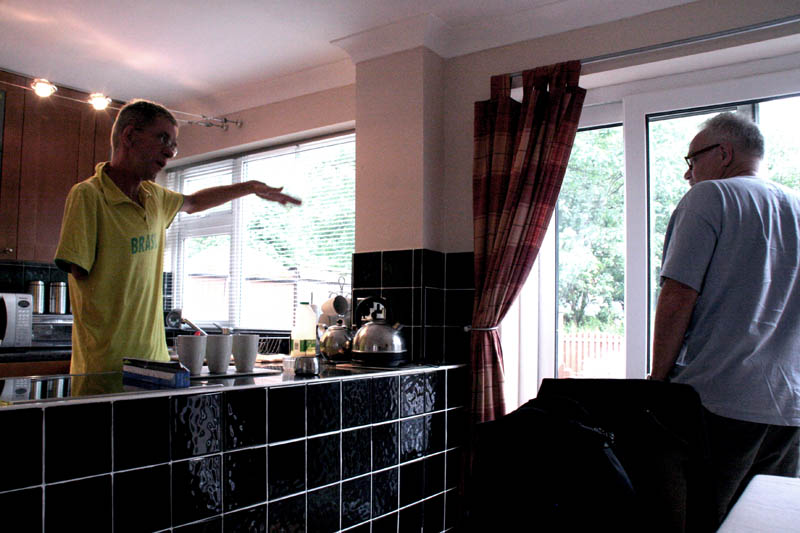 We stopped off at Lee’s place, he’s the friend of mine who came on the first of these travel diaries to New York so it kind of fitting to end this one with him.

After being fed and watered I bombed (at the legal speed limit of course) to London where I dropped Larry off then headed home.

It’s now two years later… and instead of writing travel diaries I’ve been focusing more on my “Autobiography”, so if you fancy punishing yourself with more of my writing click here…

Anyway thanks for reading.