Whenever people find out I am visiting Israel, apart from worrying about the dangers involved they can’t help expressing an opinion on the matter. I tell them the Israeli issue is quite simple, it’s complex beyond most people’s comprehension. Apart from that and the fact that everything you hear is shrouded in half truths it’s a matter of what position you start from that generally determines where you end up. 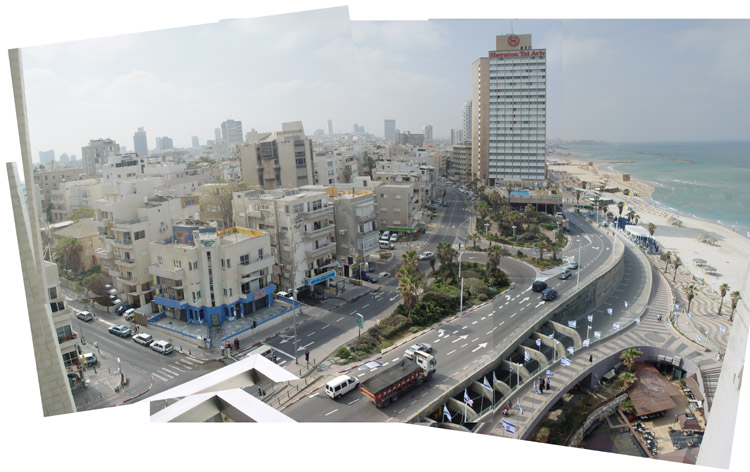 View from the balcony this morning I was brought up within a Christian environment, I am English and identify with western cultures, I found my father about seven years ago and via him found I had a number of relatives who live in Israel. No matter how much I try to be impartial on the issue of Israel and Palestine I am still partly at the mercy of the afore mentioned factors. How we come to make political decisions is often less to do with the issues concerned than other more obscure factors. Those of you who think you know the truth, I can’t help but doubt you. The reason I’m bringing this up is an attempt to side step the issue, but it isn’t one that lends itself to avoidance, it is in your face over here, if you scratch the surface even slightly it oozes out almost uncontrollably.My cousin, Eddie, his wife Miri, and a cousin of Miri’s, Zipi – who is a famous children’s TV personality over here – have met up this morning and are taking a trip to a flea market in the Jaffa district of Tel Aviv. Jaffa is a port through which oranges were exported, hence the term Jaffa oranges. When Miri and Zipi were in the army they had both sat in on rehearsals to a play, they didn’t know each other and didn’t speak to each other. Over the years Miri noticed Zipi on TV but still wasn’t aware that they were cousins. Just recently Miri’s son Jonathan had to do a project on his family tree for school and during this process it came to light that Zipi was related. They met and got on well and have become friends.When Zipi came up to our hotel room to meet Boris, Boris looked at her and said “Who’s Avi?, He keeps going up and down”. Zipi froze for a moment and said her brother Avi had recently been killed in a motorcycle accident a couple of hundred metres away from the hotel. Boris had been known as a healer and a psychic many years ago but had doubted whether it was just him being naturally good at “cold reading” or if there was any substance to it. I looked on thinking skeptical thoughts, it’s not that I don’t believe there could possibly be telepathy or other paranormal phenomena it’s just too vague to convince me. Whether Boris is psychic or not does not deny that it was a good coincidence. 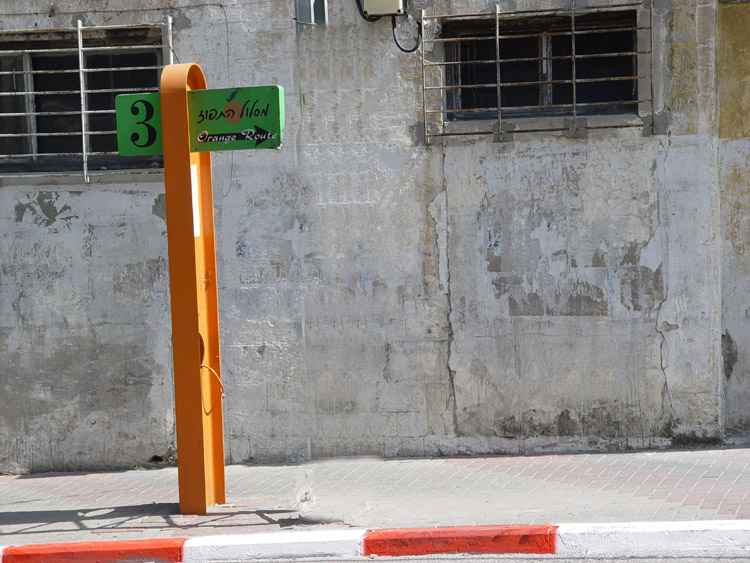 The orange Route – amazing I’ve always wanted to follow the route my oranges took before exportation -.There’s something shabby about much of Tel Aviv, the outside of buildings generally look as if they’re falling down. In Jaffa it’s to be expected, it’s an old area, and shabby is fitting in this situation. Jaffa is also an Arabic neighbourhood. Most people from outside of Israel think the population in Israel is almost entirely made up of Jewish people and Arabs live in the West bank and the Gaza Strip. This isn’t so. There are many Arab towns within the main body of Israel and while generally there’s little friction between the two camps there is a lot of mistrust between them. The Arabs see the Jews as European / American colonizers, and the Jews tend to see the Arabs as a fifth column, who would like nothing best but to see the destruction of Israel. 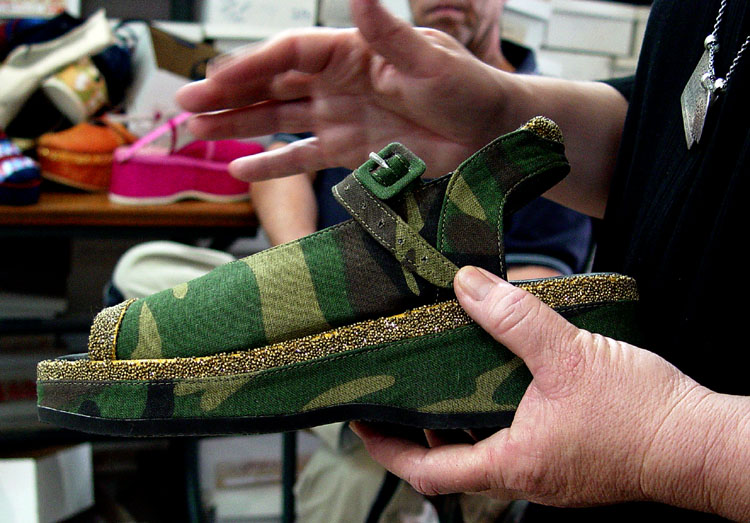 We stopped off at a shoe shop called Mango Designs where they made shoes to order.
Here camouflage and gold glitter sandals caught my eye. 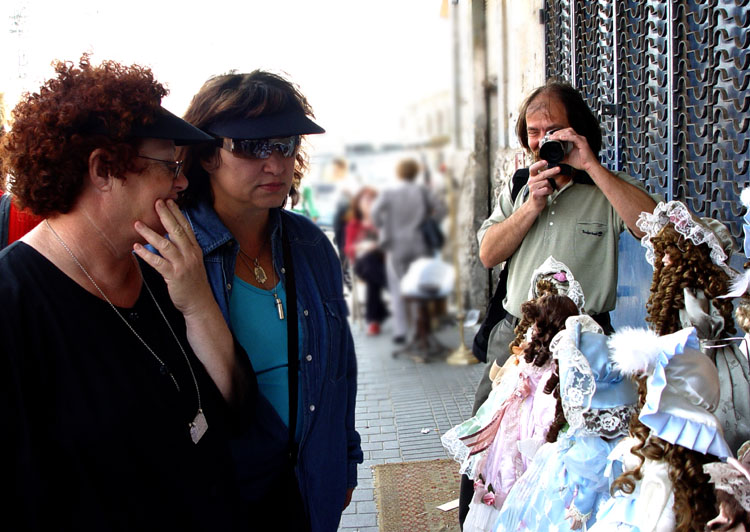 Miri has a shop where she sells dolls. The same type of dolls were on sale at the market. Miri whispers to her famous friend who is in pretend disguise “maybe I can get a good deal”. The market trader is having none of it though, so even though Miri offers to buy 10 thousand of them he won’t drop the price. What a bastard! I am sorely tempted to put a note outside his shop to tell the world he is an informer, but I’d worry the dolls would get hurt as a consequence. 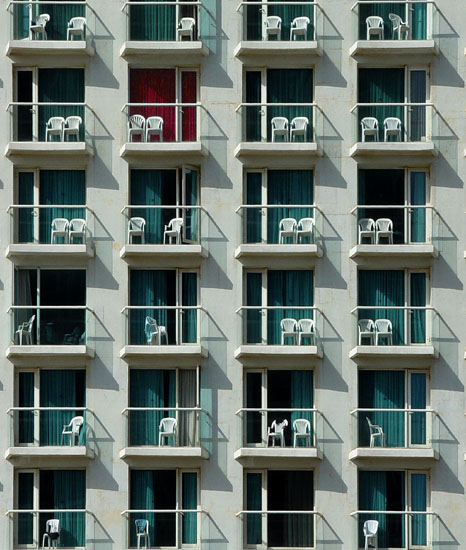 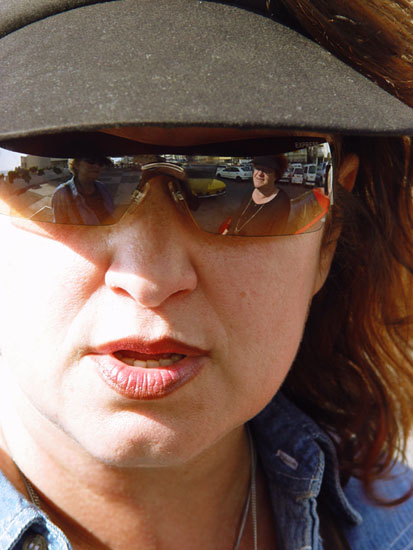 Zipi, her mum in the left lens and Miri on the right 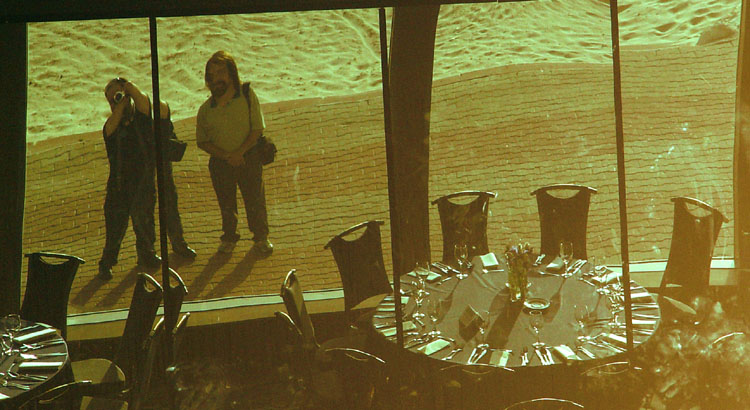 My legs sadly are not much longer in real life although I actually only have 2 Eduardo a few months back I got an email that I almost deleted because it looked like an advert, something made me open it though. It was a message from someone saying that they had come across my web site and thought we might be related. Their father, Eduardo, had last seen my father 55 years ago, when he was just 5 years old, he has remembered this moment throughout his life and had kept a picture of my father throughout that time. He was my father’s cousins son, and had come to live in Israel about 5 years ago having lived in South America. Throughout that time he wondered if he had any relatives over here but hadn’t been successful in tracing them. I immediately emailed him back and connected him to some of the other relations. Over the last few months he’d got to meet up with them and felt he’d found a new branch of his family tree. This evening Eduardo and his wife came to meet Boris. 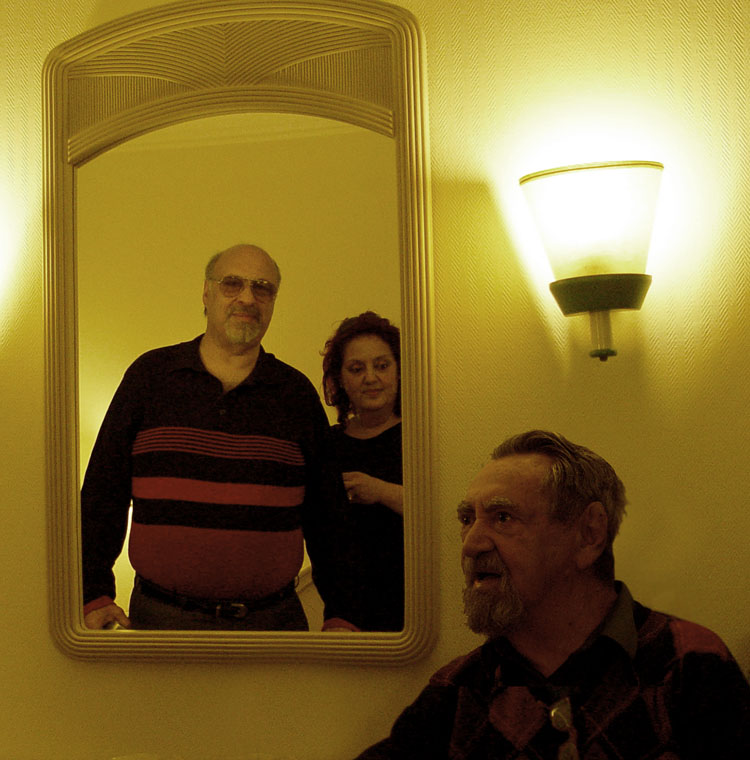